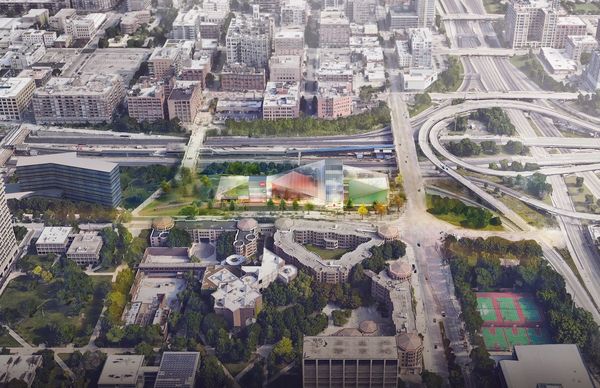 UIC Center for the Arts

The Center will be located on the northwest corner of UIC's east side of campus at Halsted and Harrison streets, on a currently vacant lot known as Harrison Field. Visible from three expressways as well as from downtown Chicago, the Center will be a prominent landmark that bridges the West Loop and Campus.

The design was inspired by the campus' original designer, Walter Netsch, reinterpreting his principles to conceive a unique flexibility for the concert hall.

Shohei Shigematsu said, "Our design focuses on fostering dialogue between performance and the public – the new building will be a connector between the city and UIC’s urban campus. In collaboration with the College of Architecture, Design and the Arts and the School of Theatre and Music, we hope to create an openness and extreme accessibility by introducing a new platform for the diverse activities of UIC.”

As a public, urban hub for performance and gathering, and a home for the School of Theatre and Music, the project required an 88,000-gross-square-foot building with a 500-seat vineyard-style concert hall and a 270-seat flexible main stage theater, as well as instrumental and choral rehearsal halls and theater production shops. Also included are supporting facilities, a donor lounge, a small café/jazz club, and exhibition space.

OMA/KOO’s concept design proposes two towers: a student tower that faces the campus and opens to a performance park along the Peoria Street bridge, and a public tower that looks to the city scape and opens to a Phase One screening plaza along Halsted Street. Large ramps flow from the street to an “accessible topography of performances” on the second level, connecting the outdoor and indoor performances spaces, including the concert hall between the towers, and the Phase Two main stage theatre on Halsted Street. Production spaces line Harrison Street on the ground floor.

The center has a translucent, tent-like roof with embedded photovoltaics that stretches from and between the towers, covering the concert hall and the main stage theatre. The colors of the performance space volumes would shine through the translucent areas. 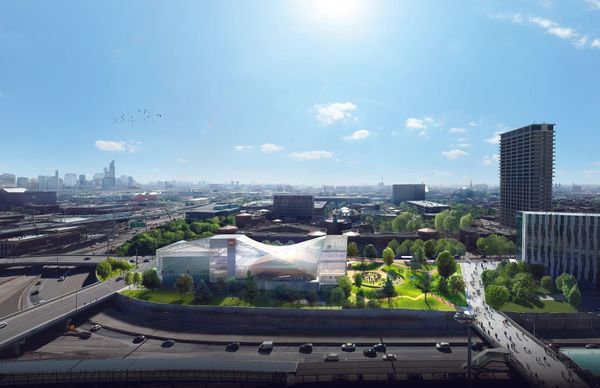 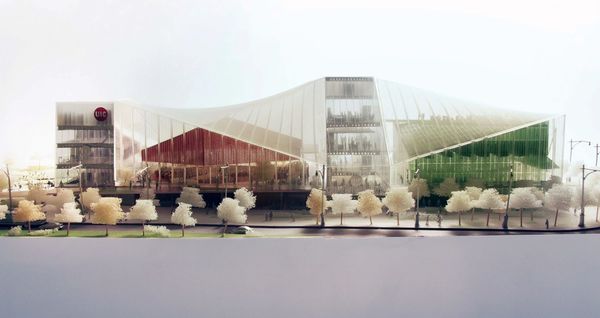 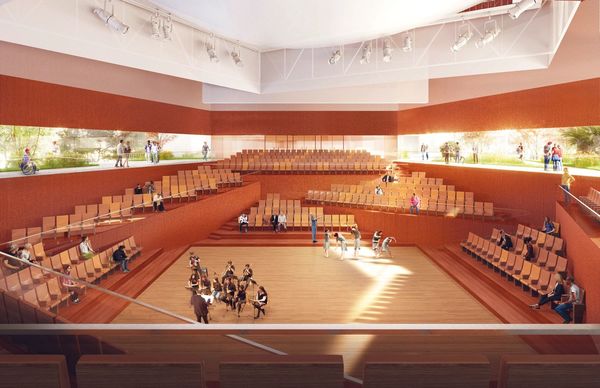 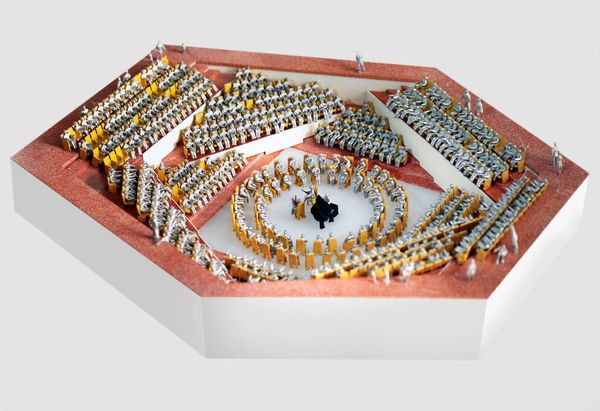 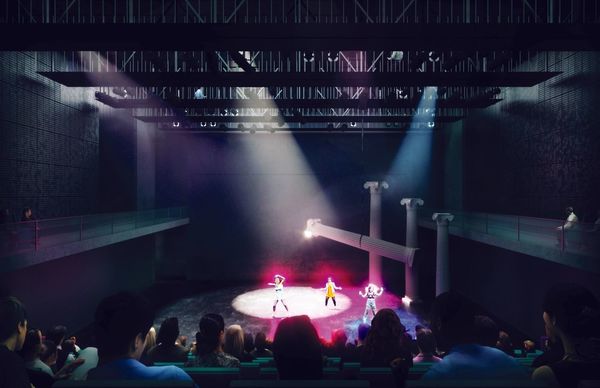 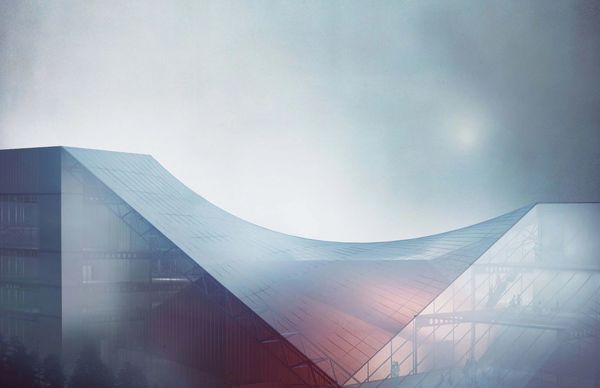