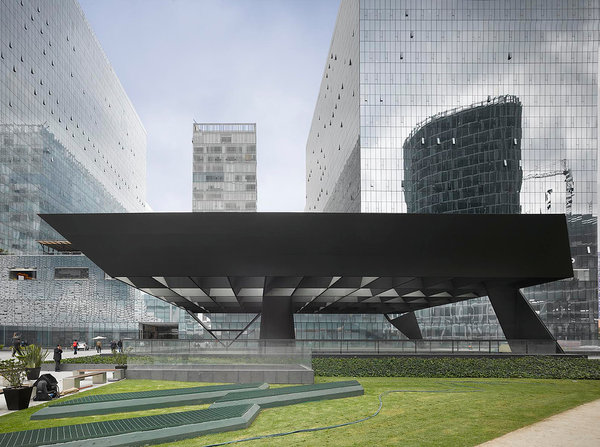 We understand contemporary culture as a constant expression of connectivity with the movements of time, and the layers of history that overlap and hybridize the Mexican culture are of great inspiration to make a work of architecture today. Therefore, the Dovela appears as a stone of air, supported by the space that comes from a sequence of excavated terraces; that offers to the sun which moves the time when going through its slats; and that protects from the rain and shelters us inside the earth. The Dovela tries to collect all the resonances of the world emerging above it, to give them order. It is a mathematical object which allows the natural elements (water, light and air) to affect its last configuration. The excavated spaces articulated in a sequence of theater lobbies at different levels are given to the public and open to the sky, protected by the symbolic metal structure. The project confronts the elemental natures with which it is built: the deep density of the negative space, of vertical character; and the horizontal tension of the air contained and supported by the Dovela, last key piece of an abstract balance that loses its weight to appear aerial, mutable and light as a cloud that qualifies the space in the ground by filtering sunlight rays. And the contact between the sun and the earth could not pick up patterns of the order of any of them. So in the design of the structure that generates the gravitational connection between the Dovela and the excavations in the ground, we decided on a very figurative solution, as if it were caryatids and Atlanteans; evoking diversity, reflecting the world of the man that will inhabit the space. Therefore, the supports are involved in the movement, in time, and are freely arranged in the space dance, relying on the rigidity of the structure its non symmetric disposition within the internal grid of the Dovela. By immersing ourselves in the negative space of the open excavated lobbies, we can have access to a new and final happening. Once inside the earth, the Theater appears as the end of this sequence of spaces. Here the synthesis of the building culminates with the function of a halted time, recreated, a place to contemplate. 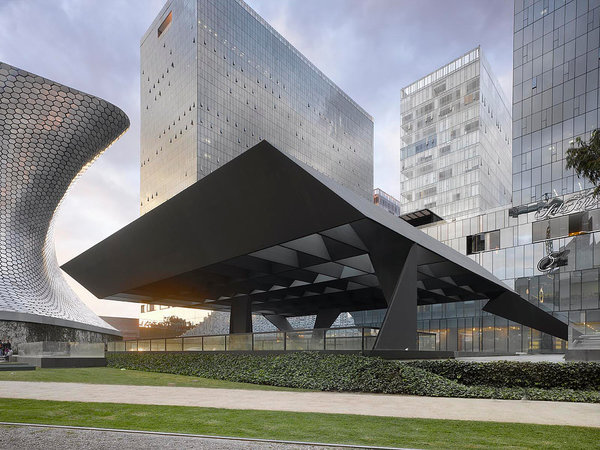 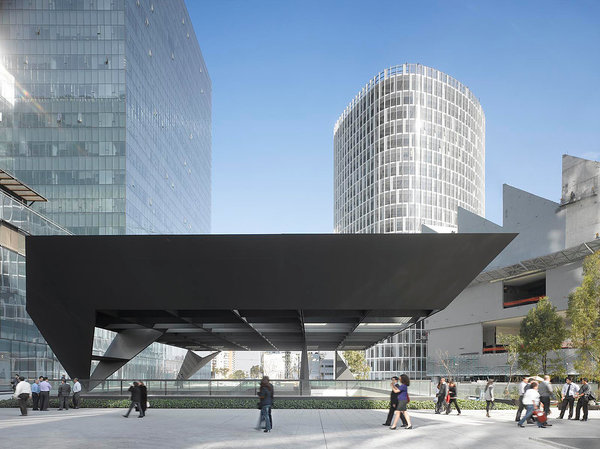 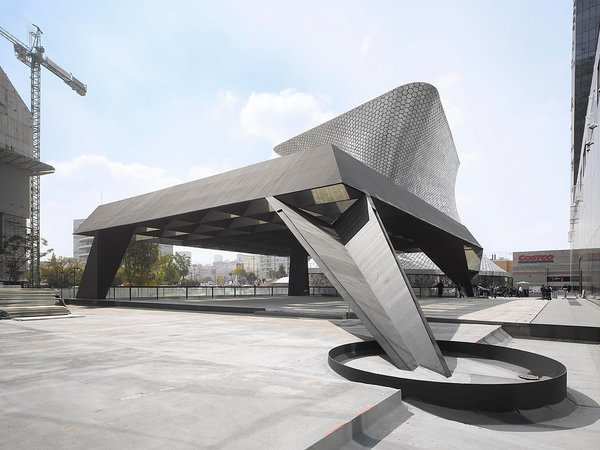 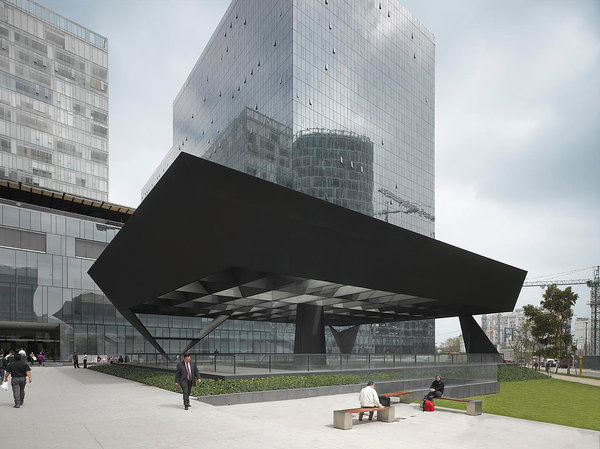 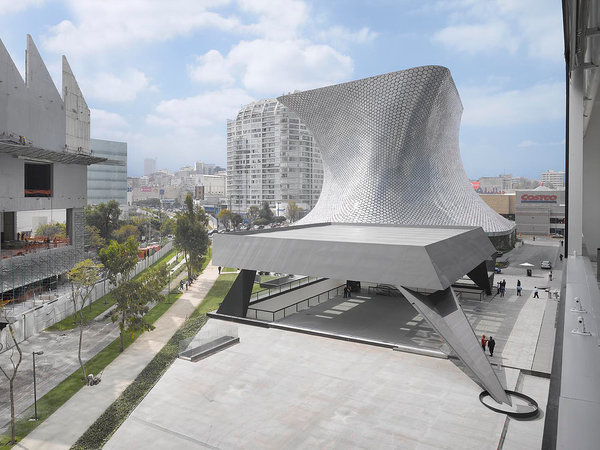 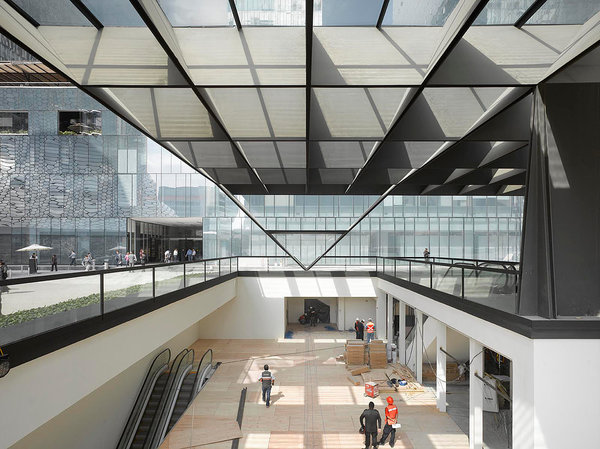 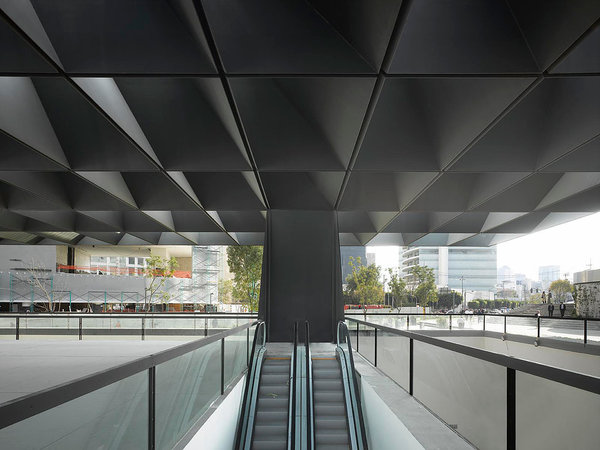 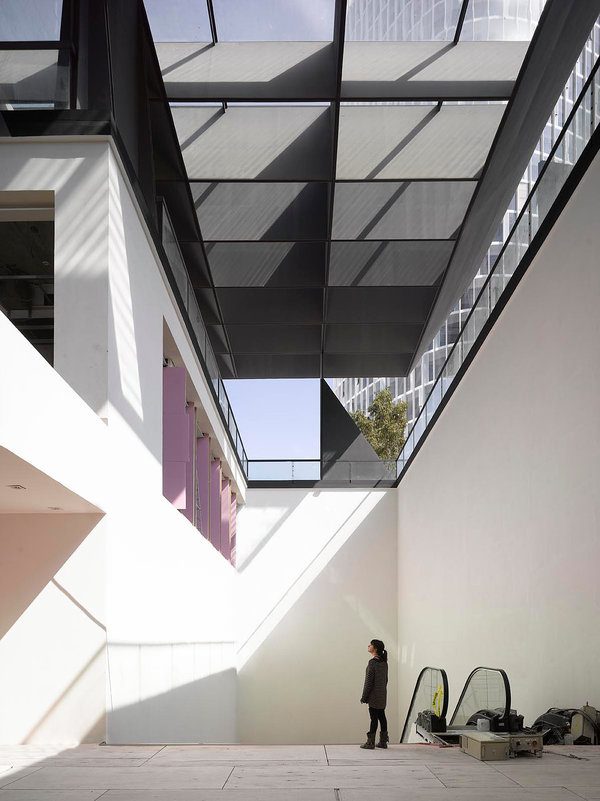