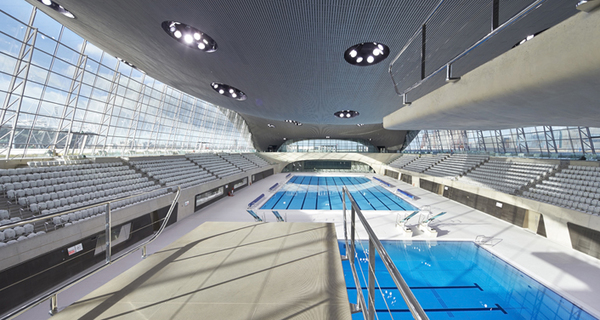 The architectural concept of the London Aquatics Centre is inspired by the fluid geometry of water in motion, creating spaces and a surrounding environment in sympathy with the river landscape of the Olympic Park. An undulating roof sweeps up from the ground as a wave - enclosing the pools of the Centre with its unifying gesture of fluidity, whilst also describing the volume of the swimming and diving pools.

The London Aquatics Centre is designed to have the flexibility to accommodate the size and capacity of the London 2012 Olympic Games whilst also providing the optimum size and capacity for use in Legacy mode after the 2012 Games.

The Aquatics Centre is planned on an orthogonal axis perpendicular to the Stratford City Bridge. Along this axis are laid out the three pools. The training pool is located under the bridge whilst the competition and diving pools are within a large volumetric pool hall. The overall strategy is to frame the base of the pool hall as a podium by surrounding it and connecting it into the bridge.

This podium element allows for the containment of a variety of differentiated and cellular programmatic elements into a single architectural volume which is seen to be completely assimilated with the bridge and the landscape. The podium emerges from the bridge to cascade around the pool hall to the lower level of the canal.

The pool hall is expressed above the podium level by a large roof which arches along the same axis as the pools. Its form is generated by the sightlines for the spectators during the Olympic mode.

Double-curvature geometry has been used to create a structure of parabolic arches that define its form. The roof undulates to differentiate the volumes of the competition and diving pools, and extends beyond the pool hall envelope to cover the external areas of the podium and entrance on the bridge.

The roof structure is grounded at three points of the centre (two points at the northwest end on the bridge; and one single point to the south east end). This structural arrangement ensured 7,500 temporary spectator seats could be installed along either side of the pools in Olympic mode (total 15,000 temporary seats) with no structural obstructions. After the 2012 Olympic and Paralympic Games, this temporary seating has been removed and replaced with glazing panels, leaving a capacity of 2,500 seats for community use and future national/international events, with a significantly reduced pool hall volume. 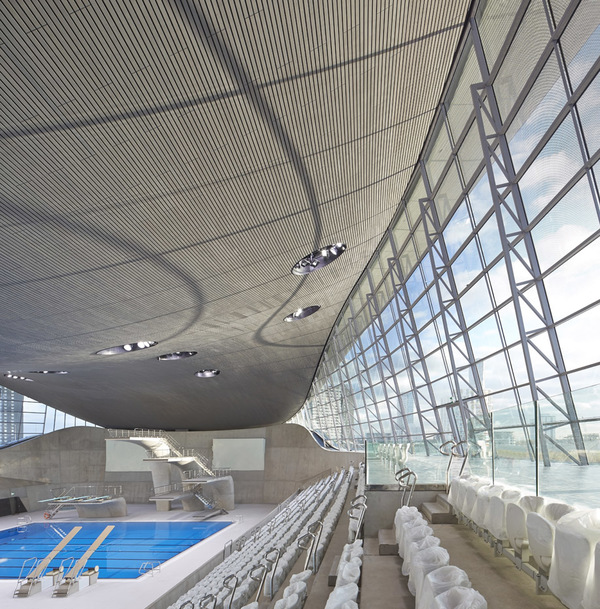 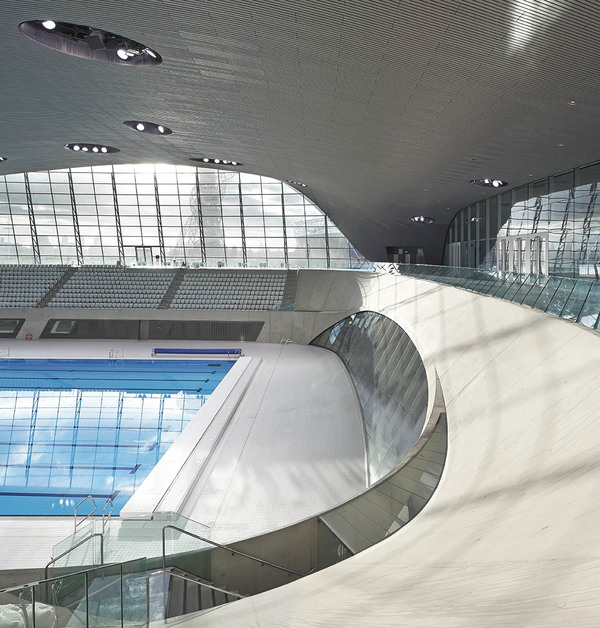 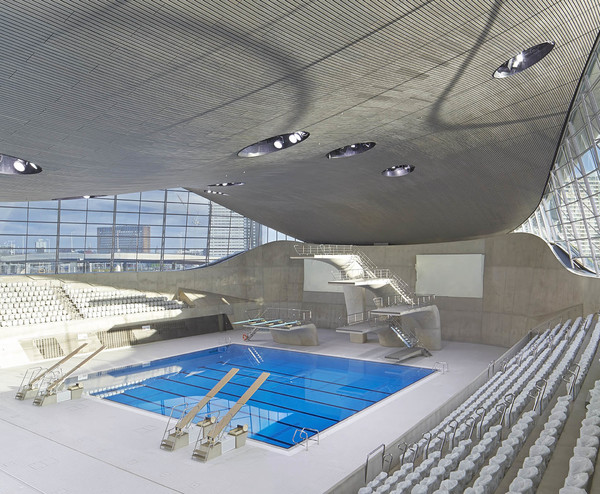 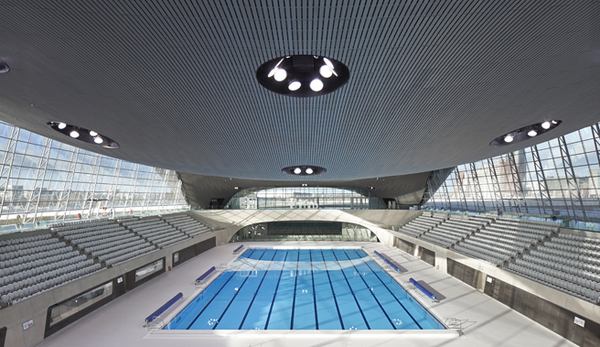 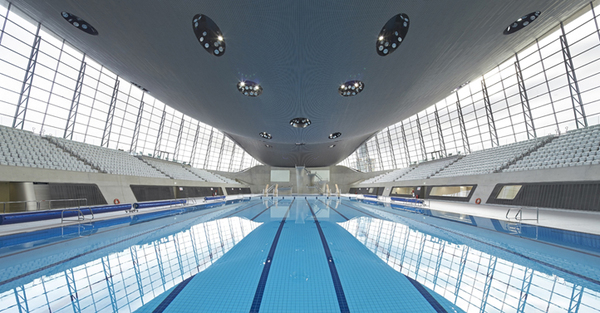 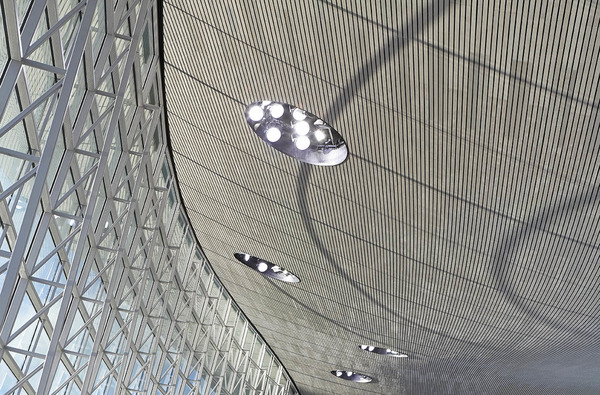 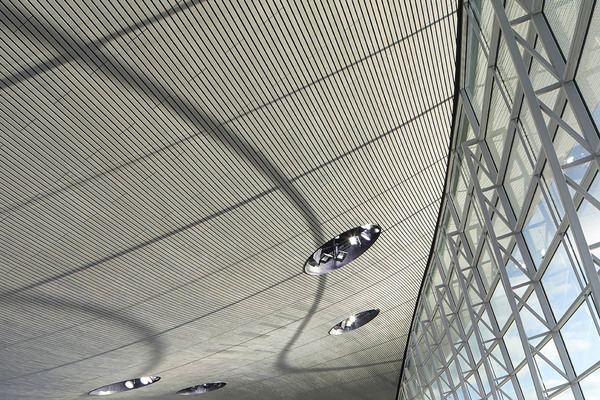 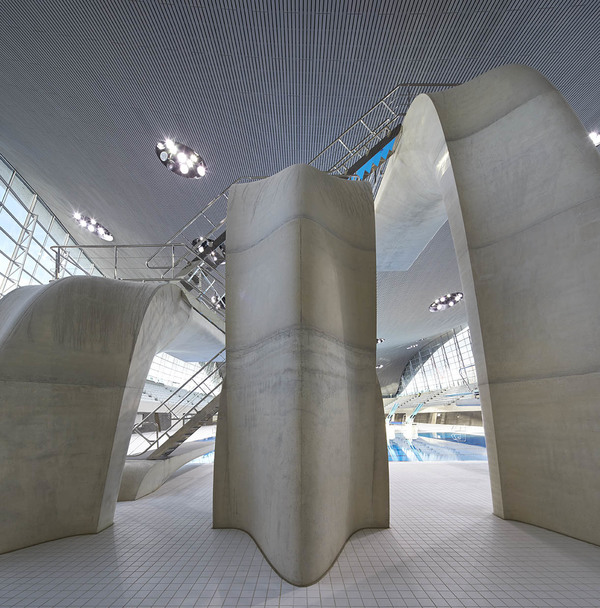 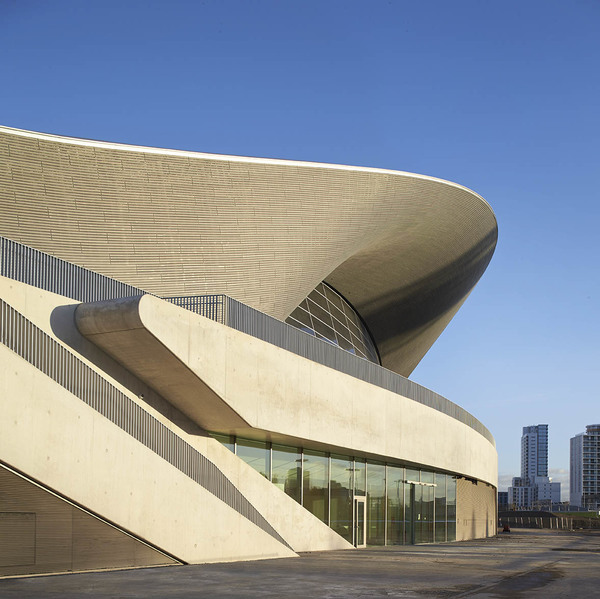 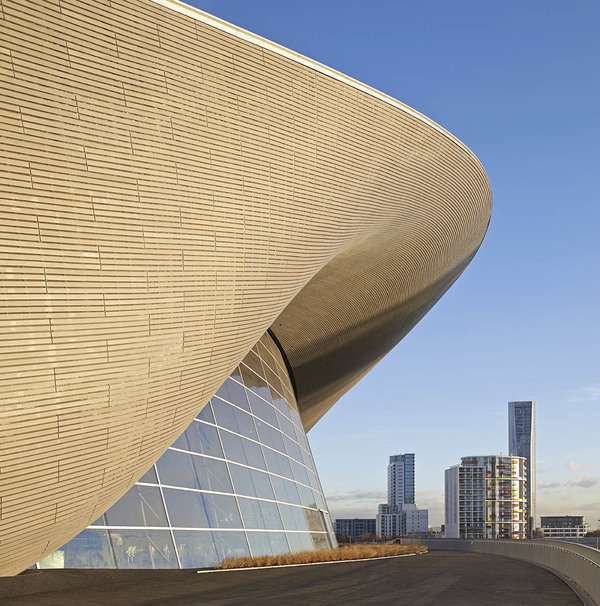 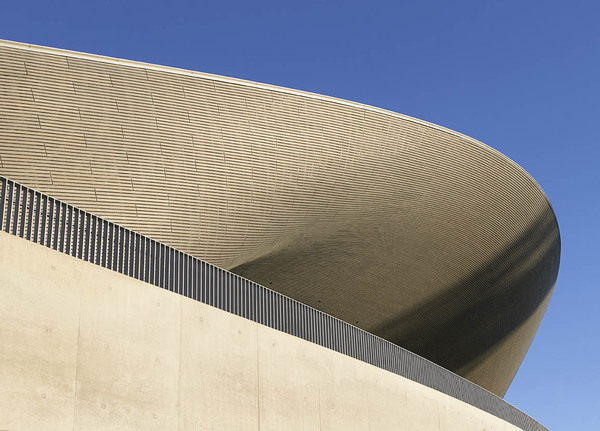 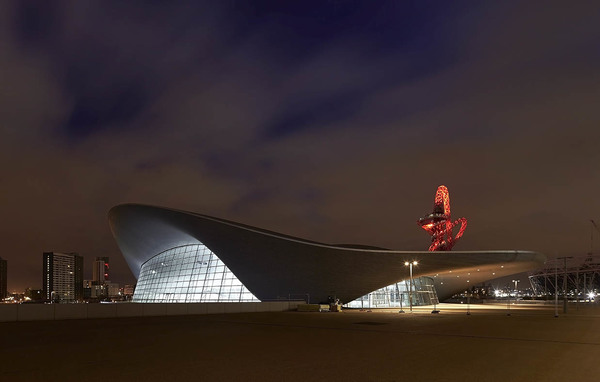 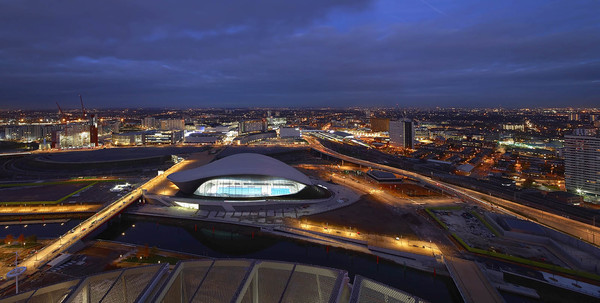 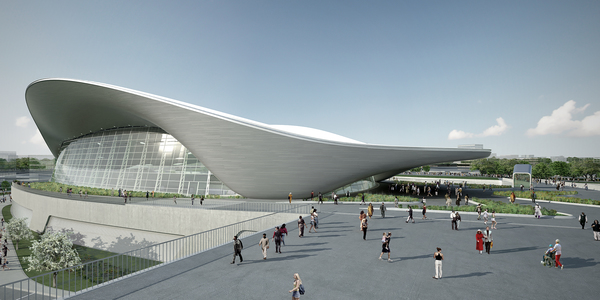 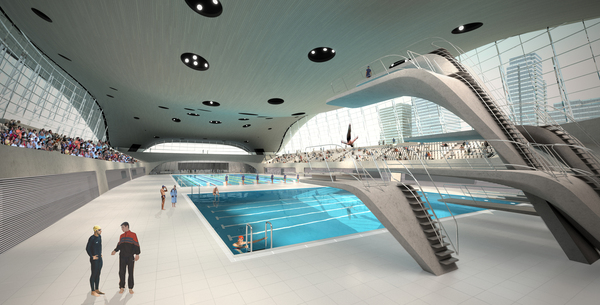 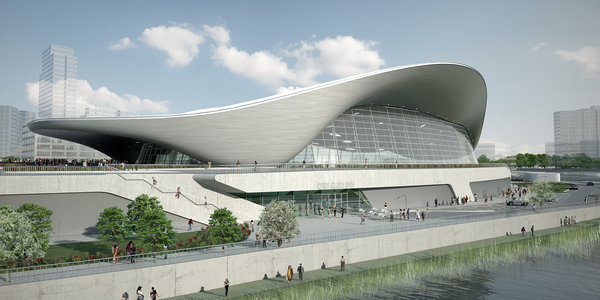 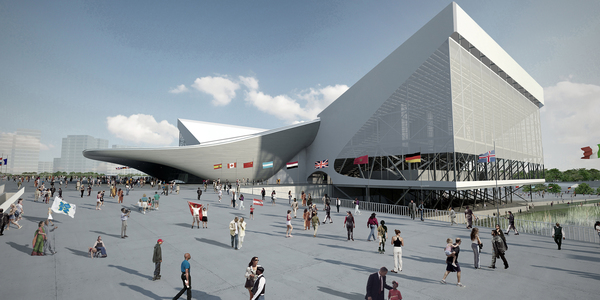 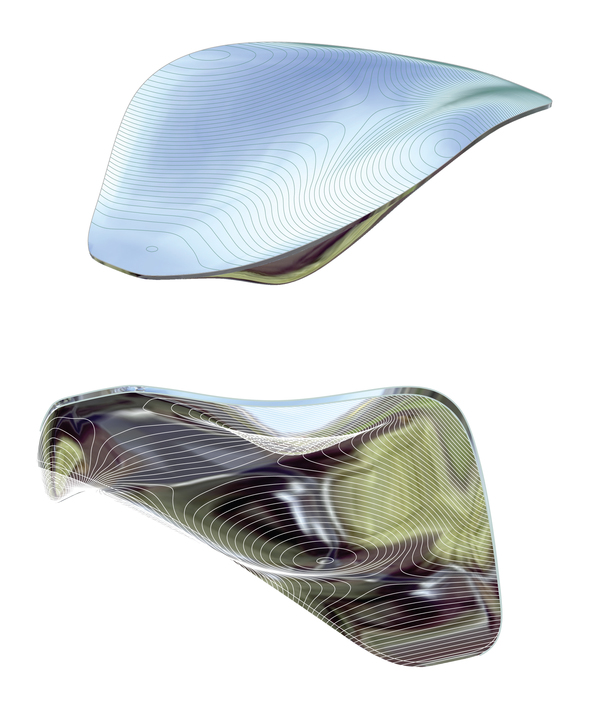