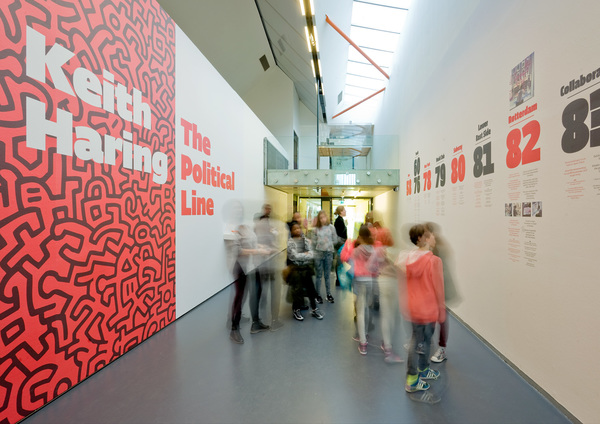 ‘Keith Haring. The Political Line' is a major exhibition on the life and work of the influential American artist and activist. More than a hundred works are presented across a sequence of rooms, amassing one immersive visual narrative. Together with diary extracts and other documentary material from the Haring Foundation archive, the thematic collection of artworks illustrates how committed Keith Haring was to the socio-political issues of his day.

The spatial configuration is chronologically traces the steps of Haring’s artistic evolution from early works until his death. The first rooms features pencil drawings and chalk subway art. Moving through the exhibition, the works gradually grow in size and become more colourful.

In contrast to their appearance, the large-scale paintings Haring made later in life show his increasing anger on the excesses of capitalism, and his commitment to nuclear disarmament, environmental protection and equal rights for all, irrespective of ethnicity, skin colour, religion or sexual orientation.

The rooms are disposed around a central hall that contains the artist’s key works. Being visible through big openings both from the start as well as the end of the exhibition, this central hall provides orientation for the visitors. The clearly marked entrance hall and the exit with the shop are constructed in shapes that resemble outlines of the artist’s work. To veil the contents of the exhibition, a pattern of Haring figurines covers the glazed facade of the gallery. 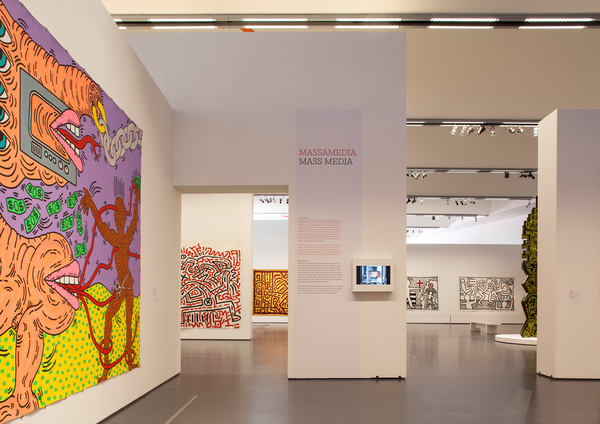 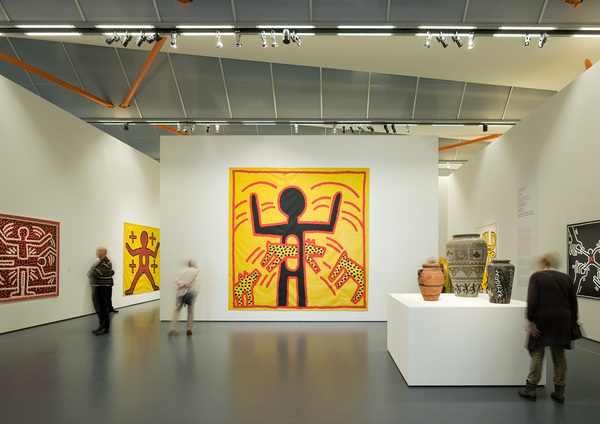 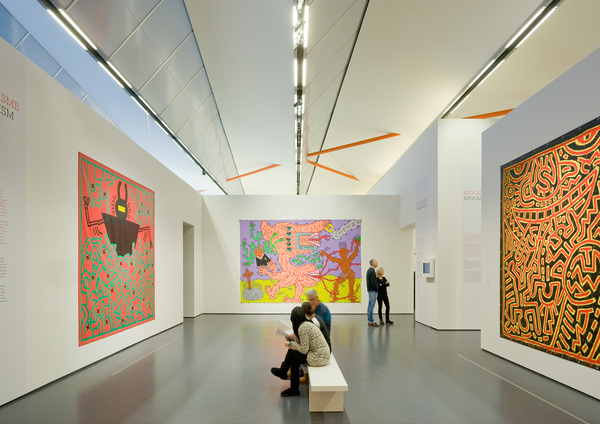 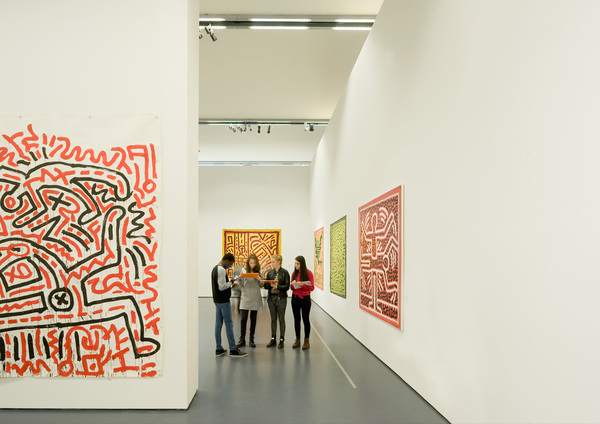 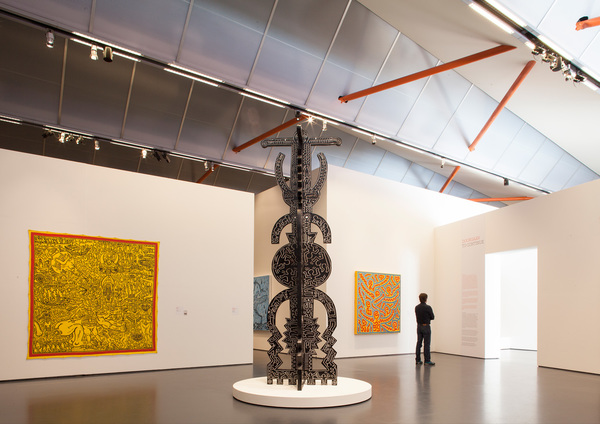 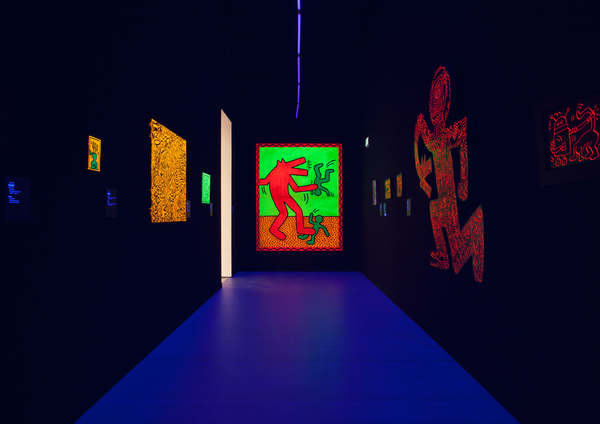 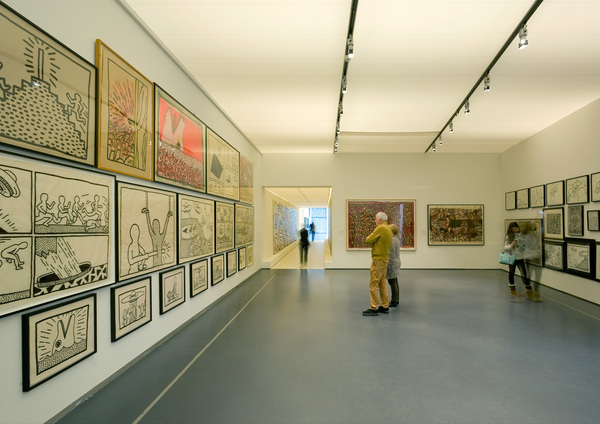 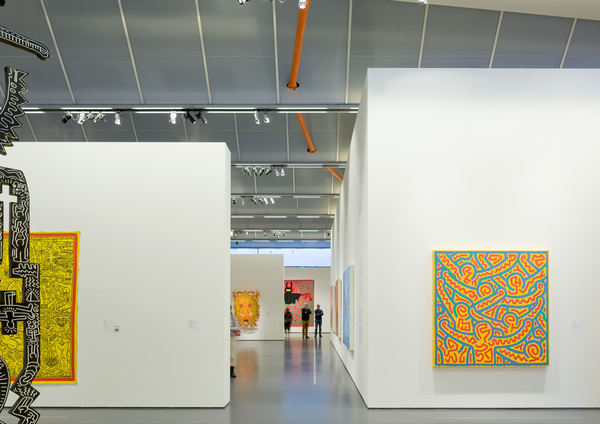