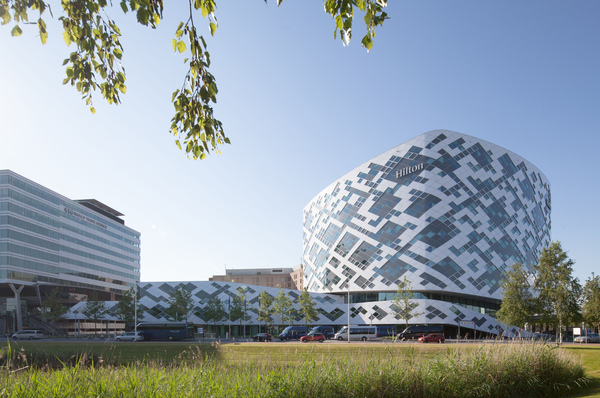 The Hilton Hotel Schiphol Airport is located near Amsterdam’s international airport. With its diagonal patterned facade, curved corners and strategic location, the building is a recognisable icon at the airport and is prominently visible from the motorway.

From its spacious plinth, the cube-shaped hotel is rotated 45 degrees to establish a dynamic position. Rounded corners accentuate this dramatic effect so that the hotel contrasts strikingly with its neighbouring, rectilinear buildings.

The entrance, reception and restaurant are located on the ground floor, while the conference centre on the first and second floors adjoins a passageway that leads to the airport. As the heart of the hotel, the impressive atrium has a clear identity featuring a 42-metre-high glass ceiling. All the white elements, especially the light horizontal balustrades, bounce daylight deep into the building.

The atrium also serves as an open meeting space and plays an important role in the building’s energy-saving climate concept. Outside air is filtered before being channelled into the atrium, where it is preconditioned for the rooms. Timber used as slats, frames and cladding lends the interior a natural yet luxurious feel.

The facade pattern unites the three elements of the complex – plinth, tower with hotel rooms, Schiphol passageway – and is composed of three forms of prefabricated composite panels: straight, curved and arched.

Their arrangement forms a seemingly random pattern with a subtle gleam and texture. The combination of glass with grey and white panels results in a striking diamond-shaped pattern that is immediately recognisable from a distance. 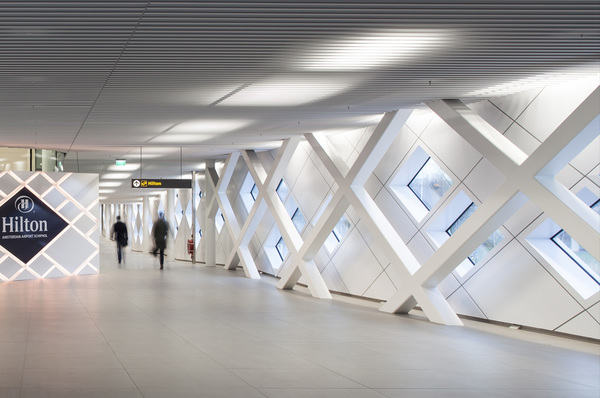 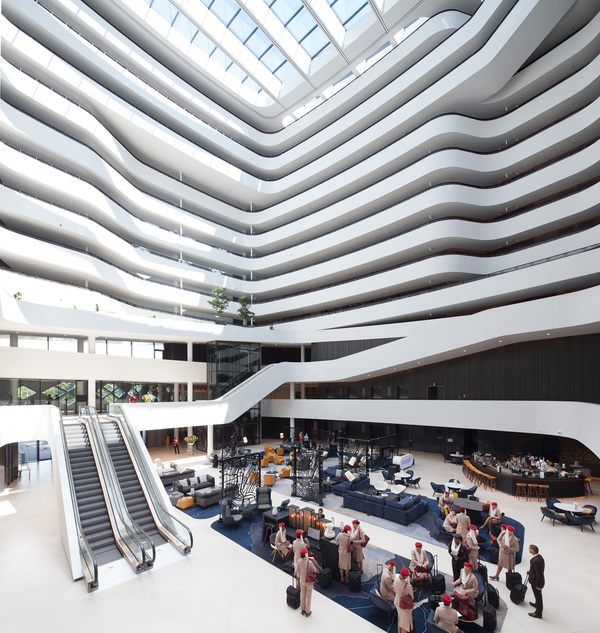 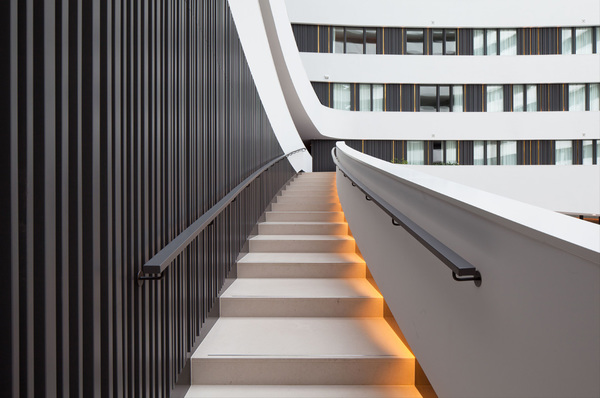 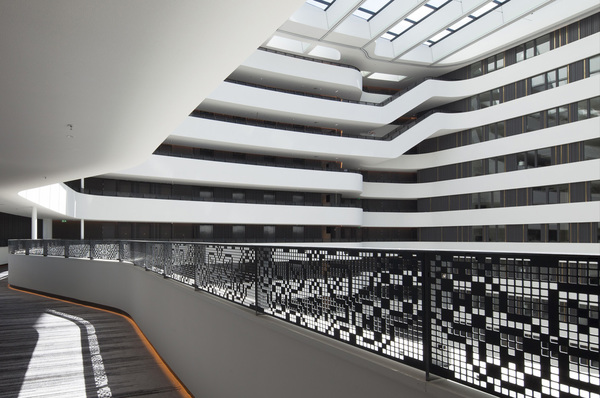 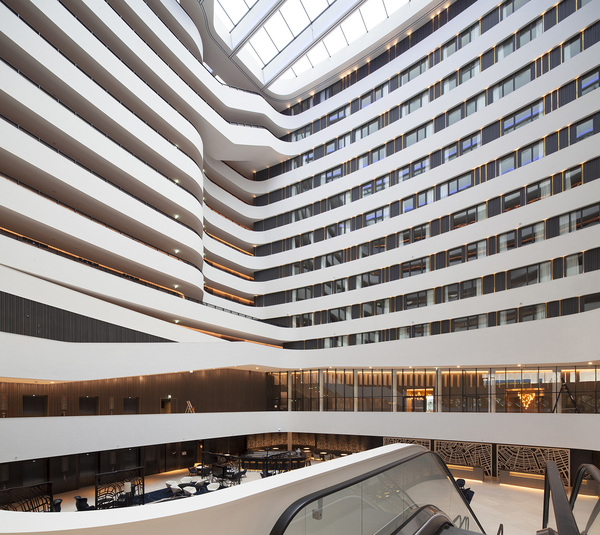 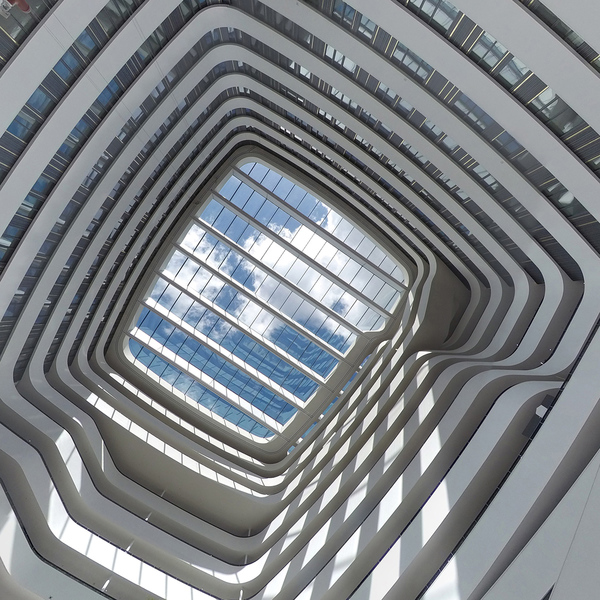 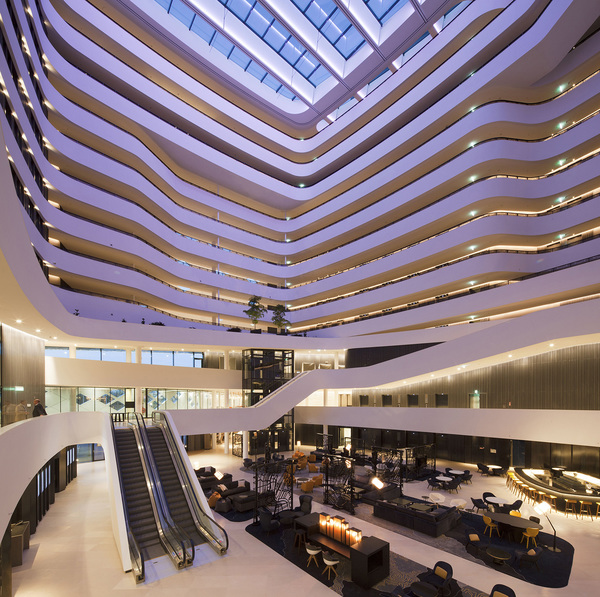 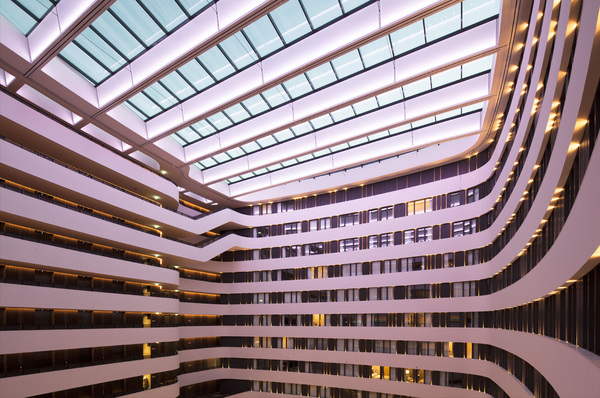 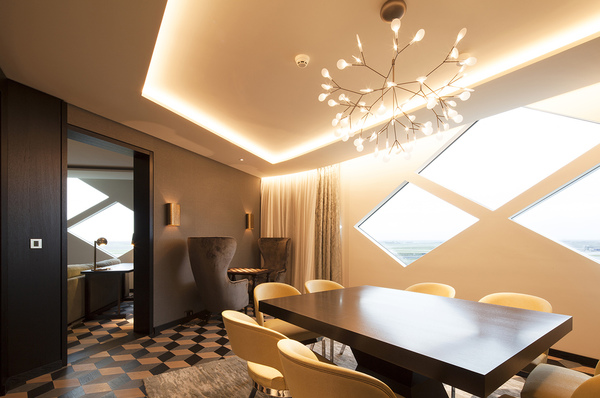 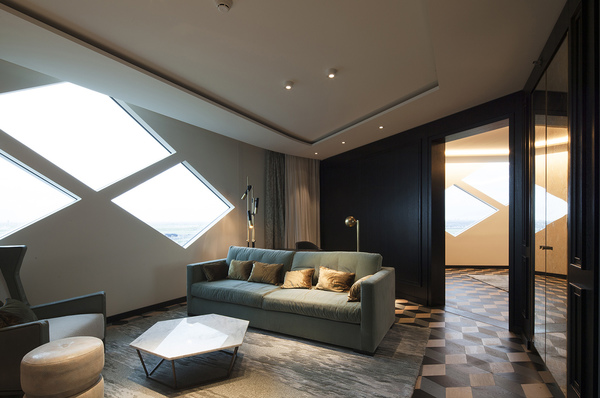 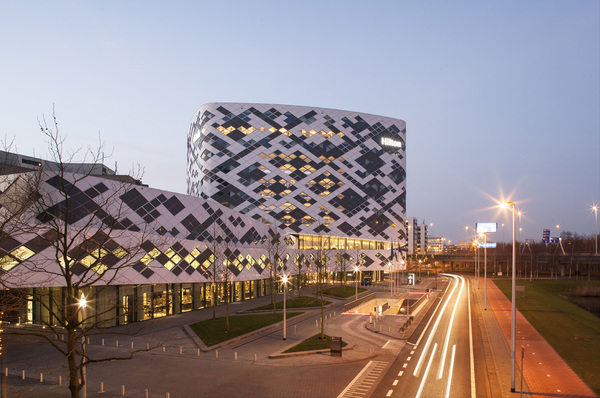