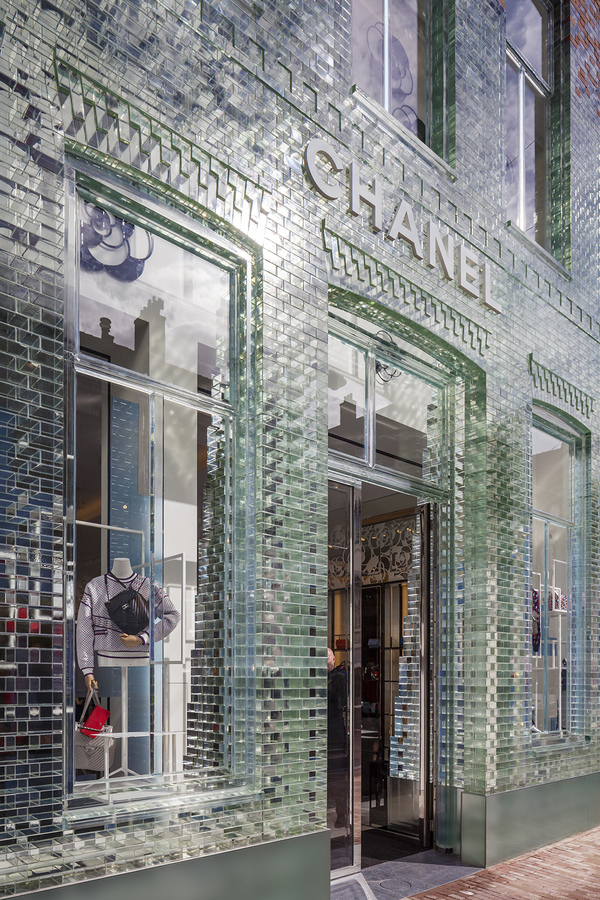 MVRDV’s Crystal Houses began its existence with the request of Warenar to design a flagship store combining both Dutch heritage and international architecture on the PC Hooftstraat, Amsterdam’s one and only luxury brand street that was previously primarily residential. MVRDV wanted to make a representation of the original buildings and found a solution through an extensive use of glass. The near full-glass façade mimics the original design, down to the layering of the bricks and the details of the window frames, but is stretched vertically to comply with updated zoning laws and to allow for an increase in interior space. Glass bricks stretch up the façade of Crystal Houses, eventually dissolving into a traditional terracotta brick façade for the apartments (as stipulated in the City’s aesthetics rules), which appears to be floating above the shop floor.
The design hopes to provide a solution to the loss of local character in shopping areas around the world. The increased globalisation of retail has led to the homogenisation of high-end shopping streets. Crystal Houses offer the store a window surface that contemporary stores need, whilst maintaining architectural character and individuality, resulting in a flagship store that hopes to stand out amongst the rest.

“We said to the client, ‘Let’s bring back what will be demolished but develop it further’" explains Winy Maas, architect and co-founder of MVRDV. “Crystal Houses make space for a remarkable flagship store, respect the structure of the surroundings and bring a poetic innovation in glass construction. It enables global brands to combine the overwhelming desire of transparency with a couleur locale and modernity with heritage. It can thus be applied everywhere in our historic centres.”

After conceiving the initial idea MVRDV worked closely with a number of partners to develop the technologies to make it possible. Solid glass bricks were individually cast and crafted by Poesia in Resana, near Venice. Research undertaken by the Delft University of Technology, in partnership with engineering firm ABT and contractor Wessels Zeist, led to the development of structural solutions and fabrication techniques, with the use of a high-strength, UV bonded, transparent adhesive from Delo Industrial Adhesives in Germany to cement the bricks together without the need for a more traditional mortar.

Six to ten experts worked every day for a whole year in a place that bore more resemblance to a laboratory than a construction site. Due to the sensitivity of the materials, an extremely high level of accuracy and craftsmanship was required and a technical development team was onsite throughout the process. Since this construction is the first of its kind, new construction methods and tools had to be utilised: from high-tech lasers and laboratory grade UV-lamps, to slightly lower-tech Dutch full-fat milk, which, with its low transparency, proved to be an ideal liquid to function as a reflective surface for the levelling of the first layer of bricks. Despite its delicate looks, strength tests by the Delft University of Technology team proved that the glass-construction was in many ways stronger than concrete. The full-glass architrave, for instance, could withstand a force of up to 42,000 Newton; the equivalent to two full-sized SUVs.

The development of new construction methods unearthed additional possibilities for future building, such as the minimisation of waste materials. In essence, all of the glass components are completely recyclable. Waste materials from the project, such as imperfect bricks, could simply be (and were) melted down and re-moulded or entirely repurposed. Such is also true for the entire façade itself, once the building has reached the end of its life span, the whole facade can be melted down and given a new life. The only exceptions to this rule are added features which ensure the security of the building, such as a concrete ram-raid defence plinth, hidden in a blend of reflective and translucent materials and built to withstand the force of a car crashing into the building. Repair-protocols were developed in the event of any damage, allowing for the replacement of individual bricks.

With a façade made primarily out of glass it was important to ensure that energy requirements were supplied through renewable sources. Therefore, the building was designed around a ground source heat pump, its pipes leading up to 170 metres underground, allowing for an optimal indoor climate throughout the year. A crucial element when dealing with delicate, sophisticated detailing while striving for a proper energy balance at the same time. 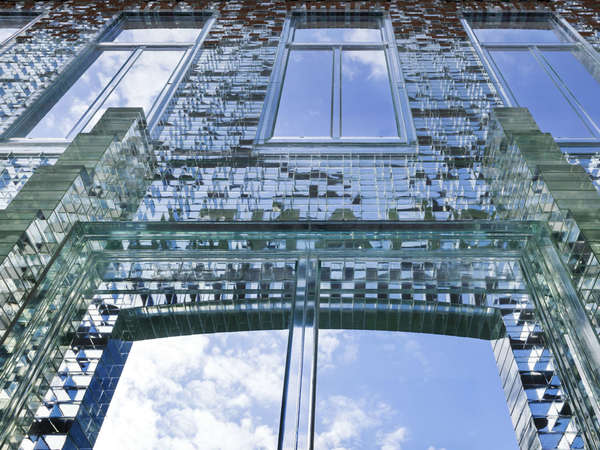 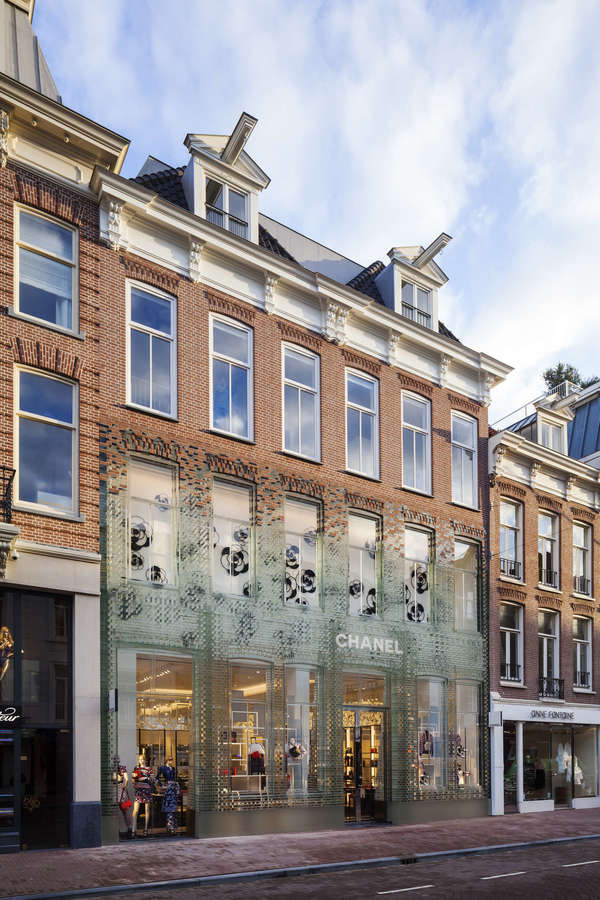 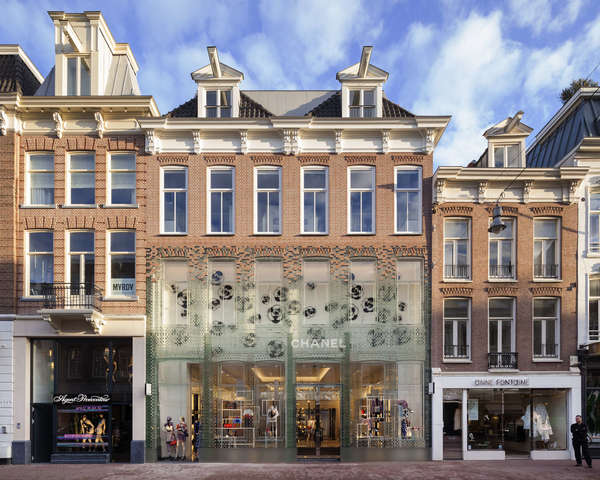 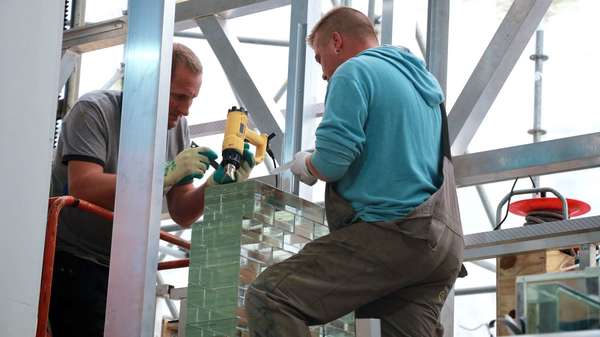 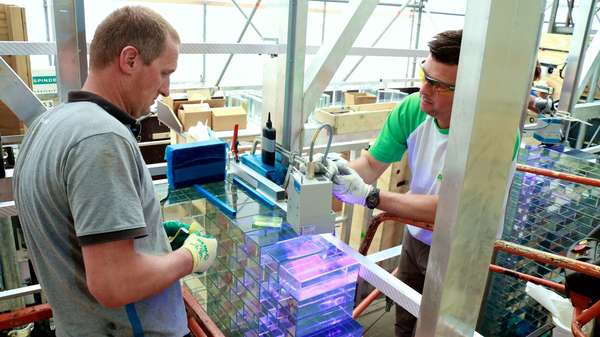 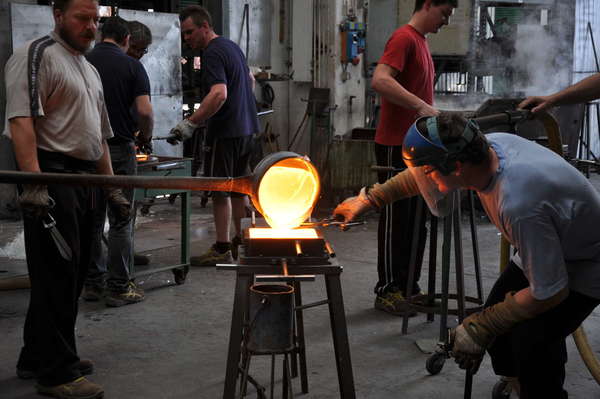 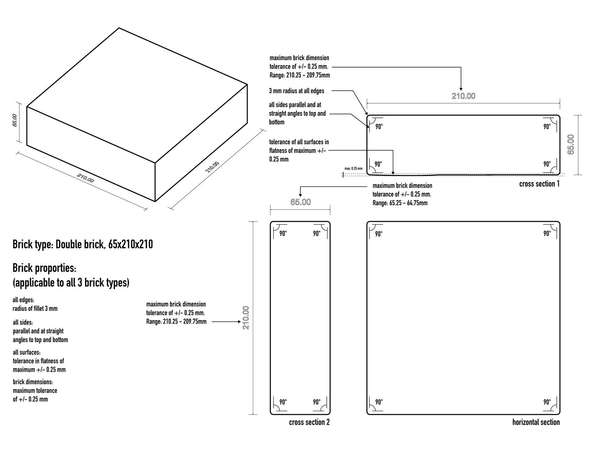 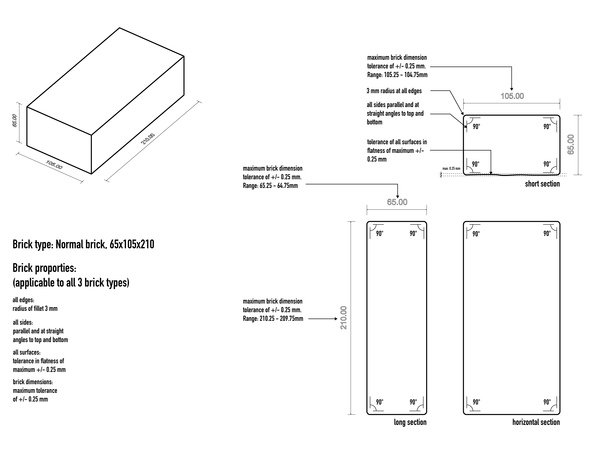 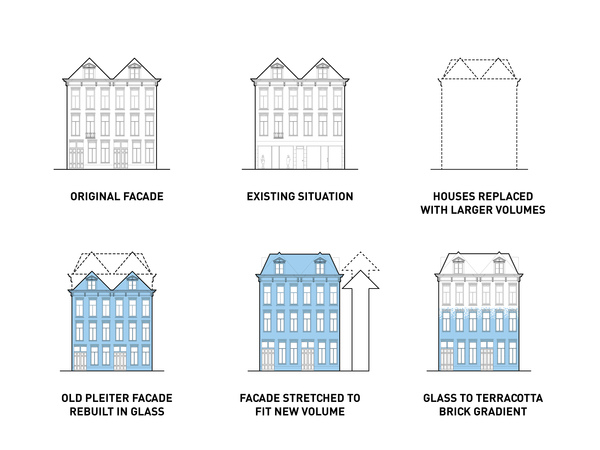 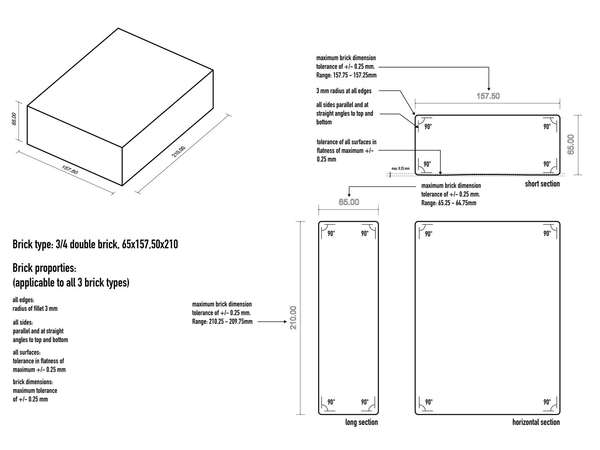 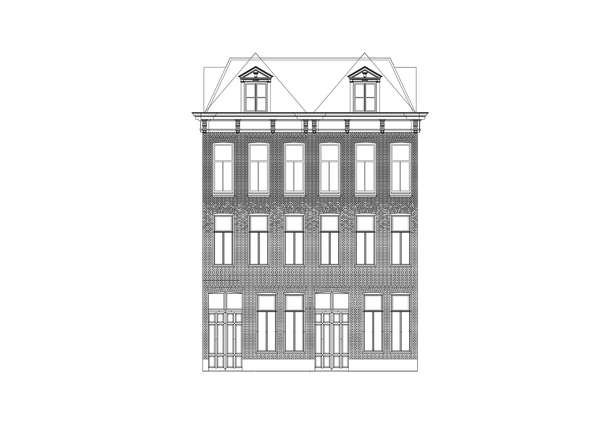 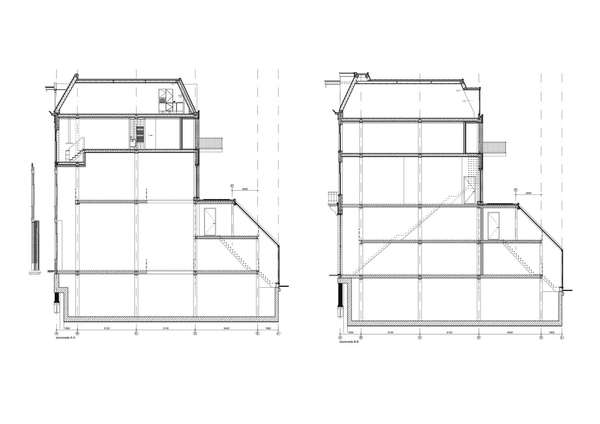 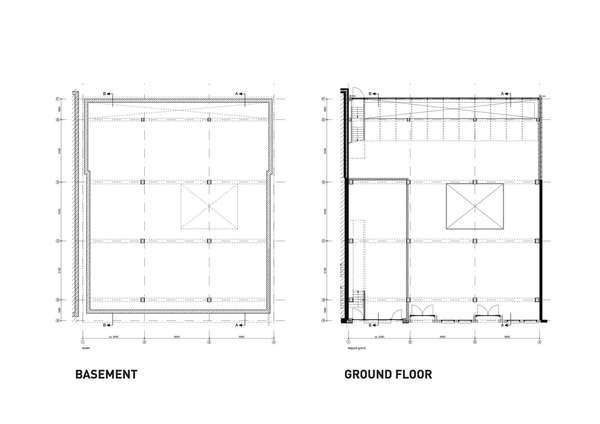 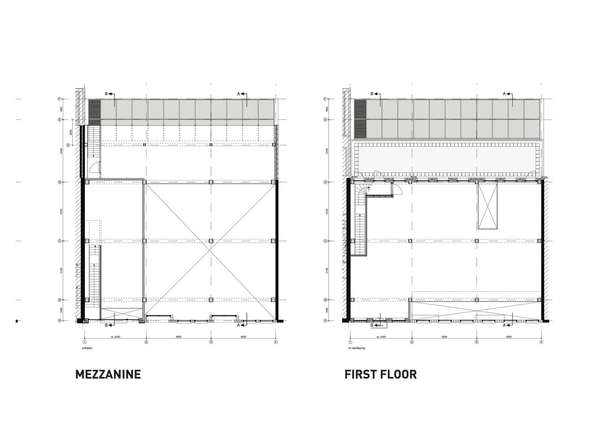 Movie: Crystal Houses the movie was created by Robert Jan Westdijk for Warenar Real Estate with the help of people and companies involved in creating Crystal Houses.