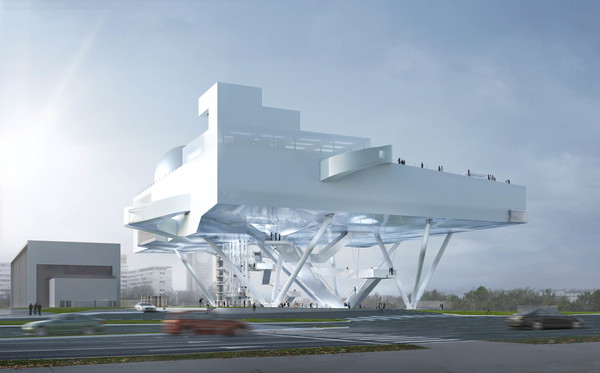 Centre for Promotion of Science

The Centre for Promotion of Science is an ambitious project initiated by the Serbian Ministry of Science and Education in order to inspire curiosity and support learning about science from early ages. The building is part of the new urban block 39 in Novi Beograd which will include the University of Science and facilities for science professionals as well as the Faculty of Drama and Arts.
Block 39 is part of the New Belgrade plan which was developed in the 1950’s as a key example of futuristic urban planning with a clear orthogonal street system, wide boulevards and fast traffic. Block 39 is located next to the country’s main highway E75, one of the major European corridors linking Vienna to Athens. 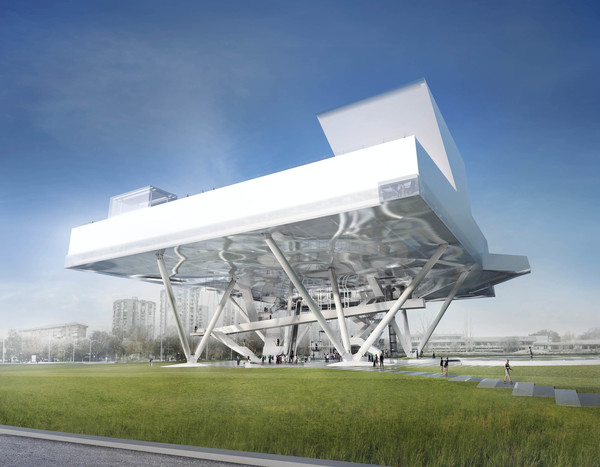 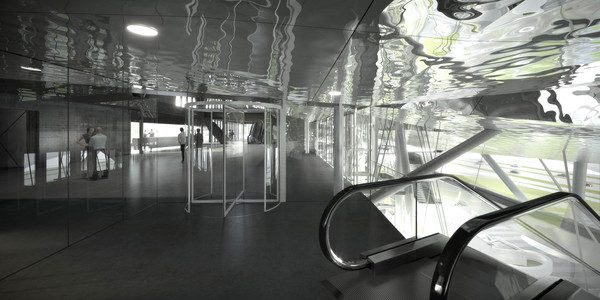 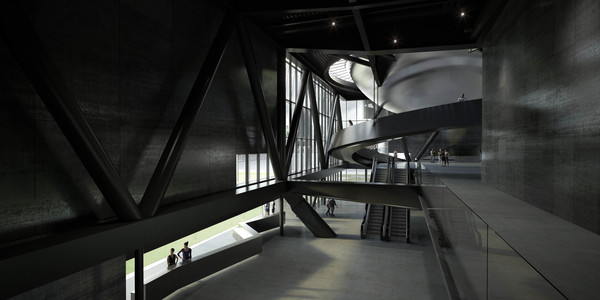 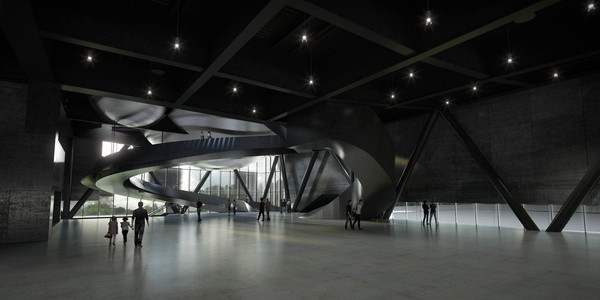 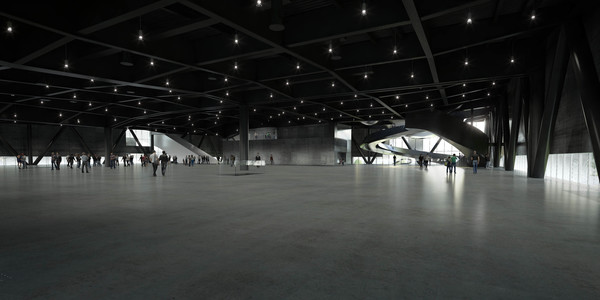 Following the original urban unban concept of New Belgrade the Centre for Promotion of Science is a building floating high above the ground. It operates on 3 levels. Firstly, on the level of the City of Belgrade it will be an optimistic sign positioned on one of the main routes of the city. Secondly for Block 39 it will be sign, canopy and portico for the future university. Thirdly, as a building being programmed to promote sciences it displays on visions of technology and construction.
The architectural language of the center will emphasize building technology and structural principles. A special role is given to the underside of the center; it will have mirroring qualities able to reflect the movement on the ground as well as the visitors who by entering the center from underneath are penetrating the reflections of the earth's surface.
The design of the elevated structure is rational and minimal although it carries great intricacy. The floating box itself shows a very pragmatic distribution of the program. The volumetric configuration of the building clearly defines the interior functions like the hemispherical dome theatre, the inclined auditorium seating, the tubes containing vertical circulation swirling out of the building and back again, and a large, unbroken box for a highly flexible exhibition space. This rational utilization of space is consistent throughout the structural solution.
The building is designed to meet very high environmental demands. Heating will be provided by heat pumps utilizing the temperature of the soil under the site. Cooling will be provided mainly by large ice blocks generated at nighttime where the temperature is lower and energy costs are minimal. The building will feature wind turbines, photo voltaic cells and solar panels to generate part of the consumed energy, as well as rain water collectors for irrigation of the large botanical garden.
The building itself and the day to day operation of the building plays a significant role as educator and exhibition item: The main structural solutions and the technical infrastructure is exposed and displayed, and an innovative recycling station where all building waste is treated and processed for recycling is open for visitors. The building services thereby become an integrated part of the exhibition experience.