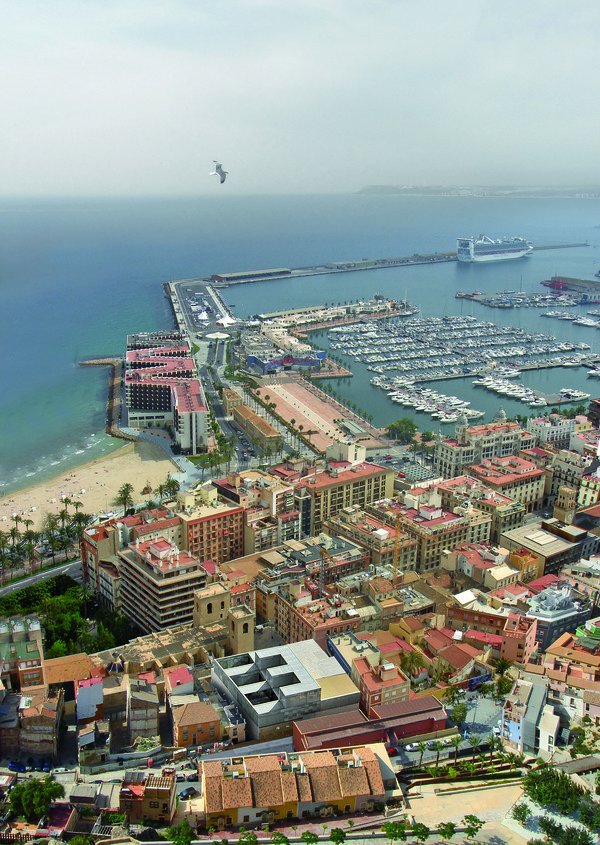 This project emerges from two individual, singular points which propose a very well defined field of work from the outset:

-  On the one hand, this is a building for a previously established art collection from the 1950s-1970s, including the collection donated to the city by Spanish artist Eduardo Sempere. This collection consists of works by modern artists: Calder, Vasarely, Chillida, Julio González and Sempere himself.

-  On the other hand, the location I the historic centre of Alicante, its slope parameters (10m), its language, its context and its orientation, all produce a unique atmosphere in the shadow of the Castle, the sea horizon and the proximity of the little Santa María Square and Church.

The use of the stone, with its closely wall- related language, connects with the convent language of the adjacent church and the city's old quarter, while at the same time integrating Alicante's old "Asegurada Museum" building into a single volume, renovating and including the annexed spaces into the exhibition areas.

The stone volume, which absorbs the perimeter slope, is completed with a volumetrically defined vitreous piece, broken perceptively by a double transparent skin that cracks the volume with moiré reflections and games in a language that revives the 1950's and 60's kinetic art.

-  The first horizontal level, in continuity with a rhythm of vertical compressions and dilations.
-  The second level with its transversal rooms, which relate to the vertical dilations.
-  Finally the top floor with its horizontal space, juxtaposed with syncopated vertical and horizontal spaces. This room stitches together the three courtyards - black, white and gold - with three perceptive situations related to the optical illusions used by the 1960's kinetic artists brought here into the outdoor space with changes of scale and references to the place. 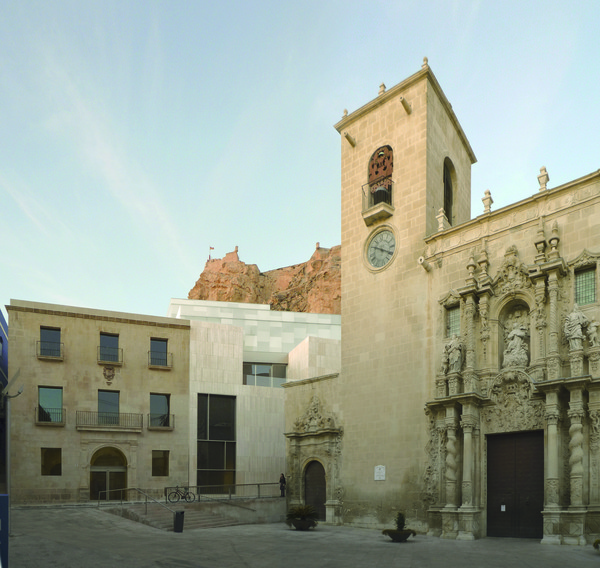 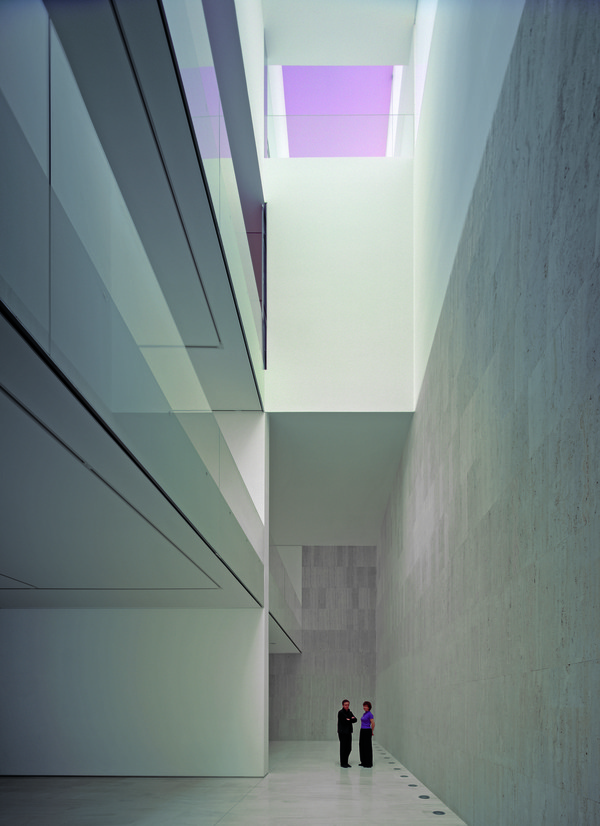 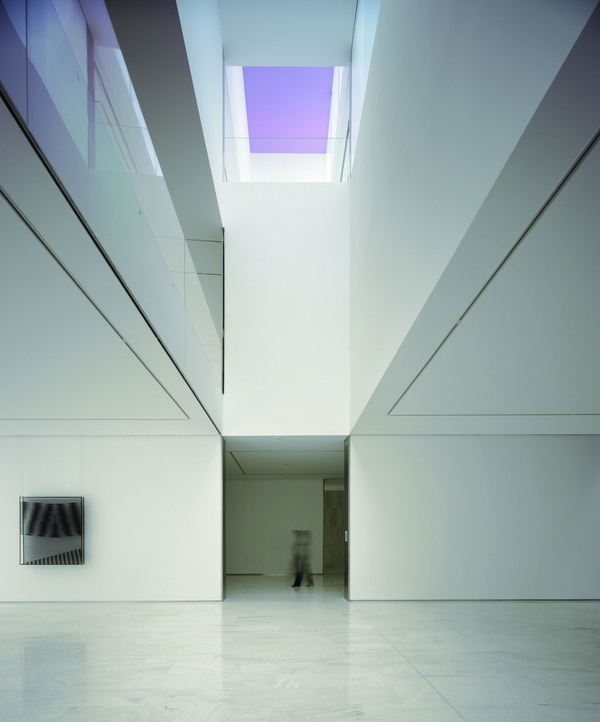 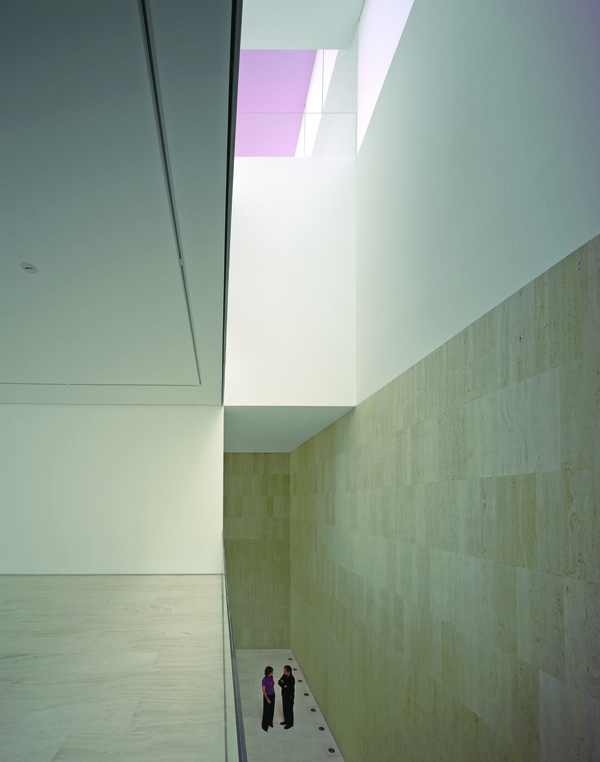 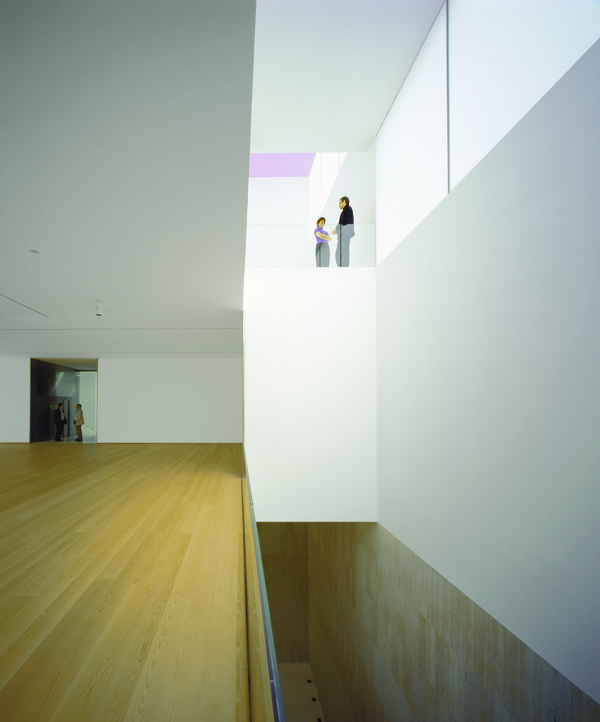 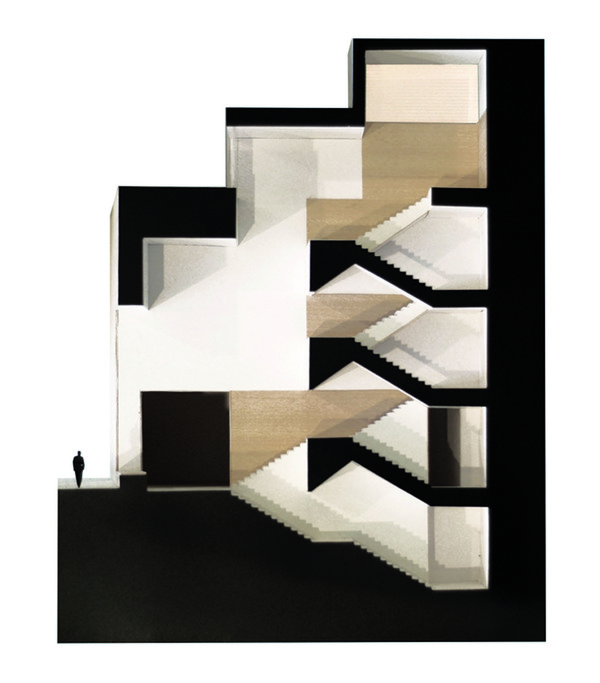 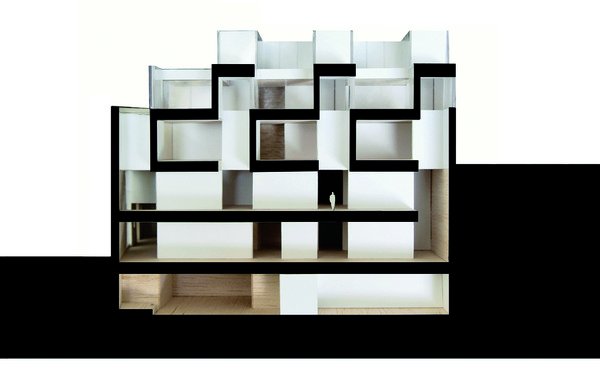 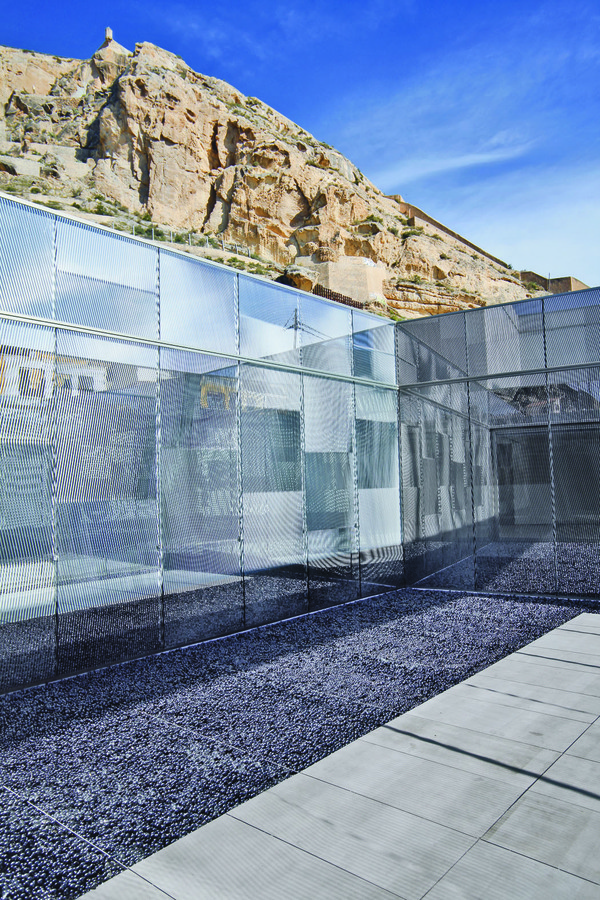 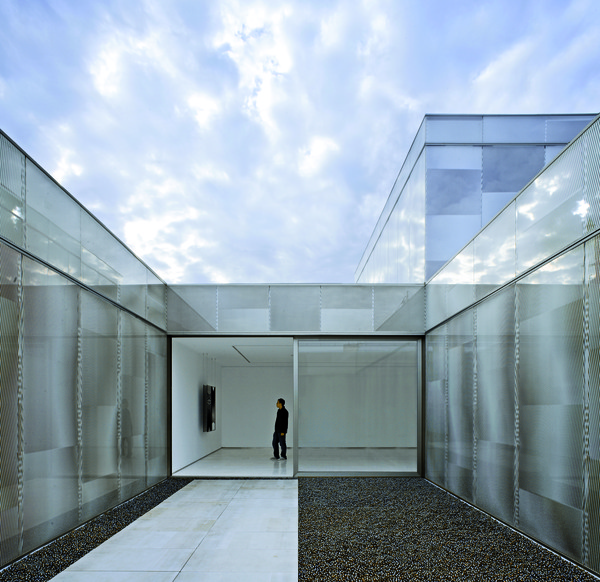 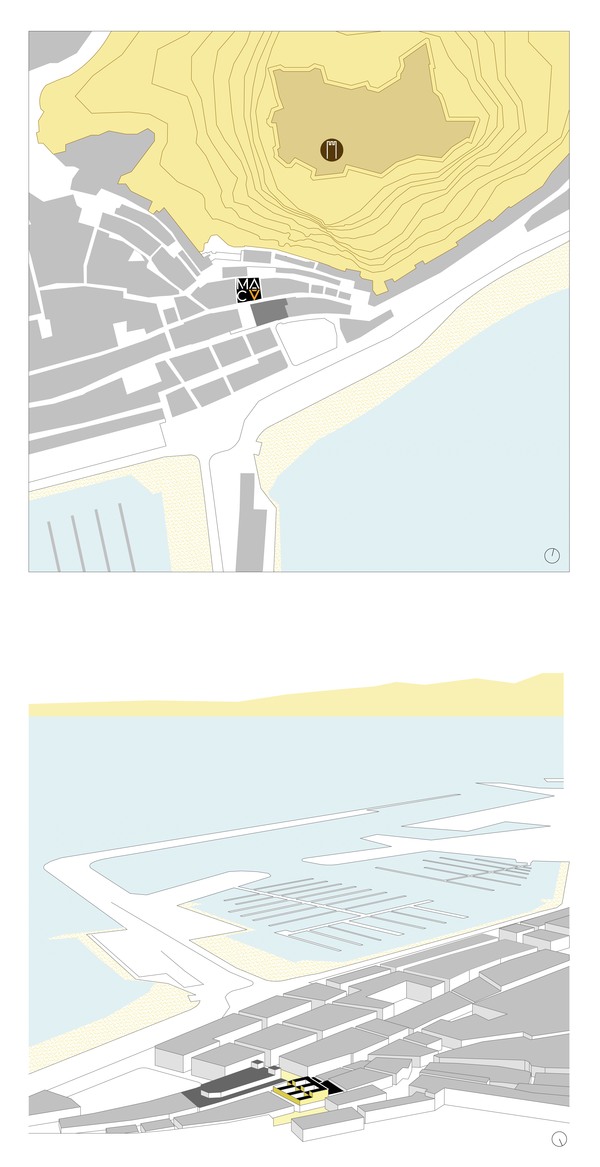 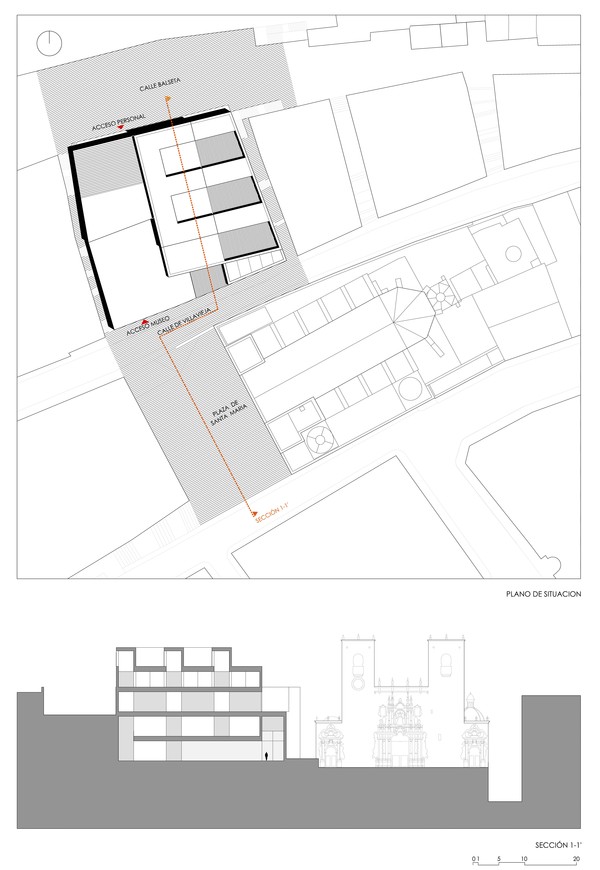 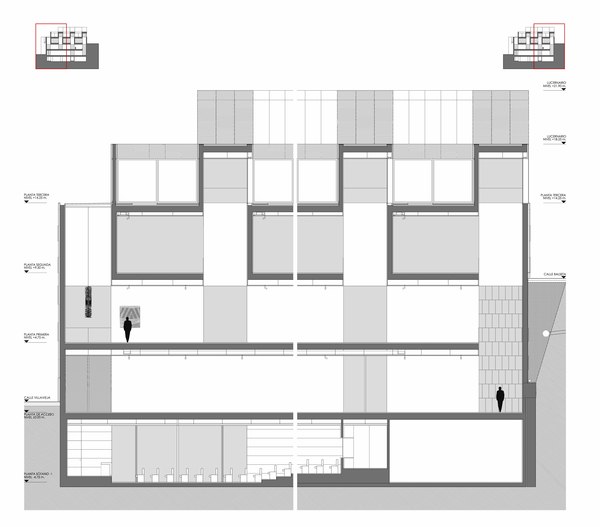 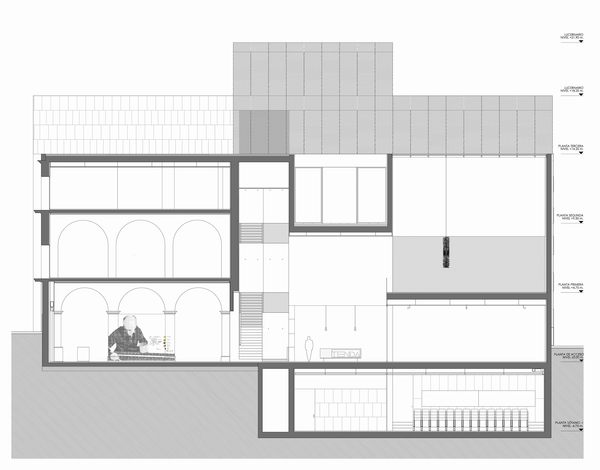 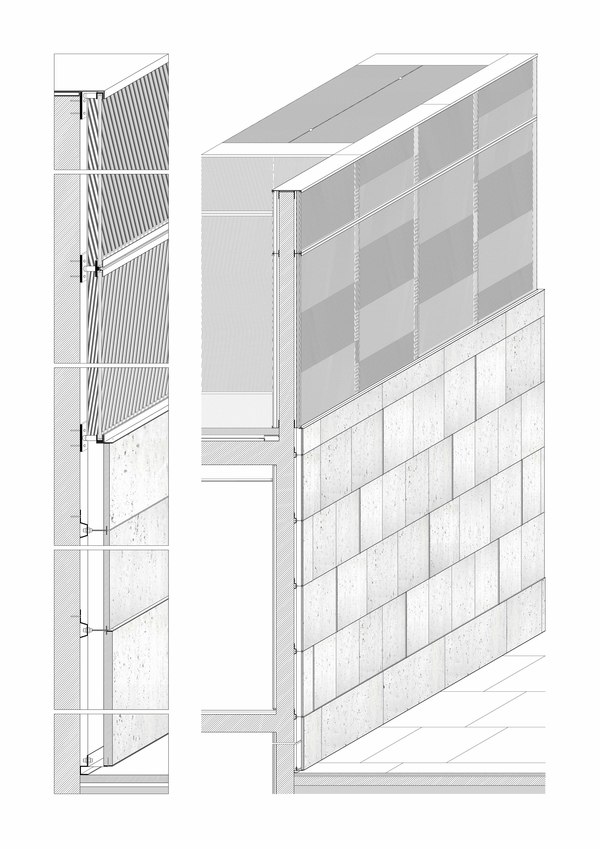